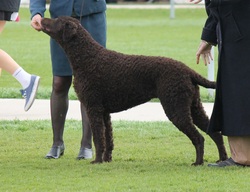 Sida has been awarded Champion Challenge Bitch at the Adelaide Royal Show under Mr K Edh Sweeden. There were 10 females competing for this honor;  making it a 15-point award,  a nice win over some good  females. Sida is from CH  Markable Bursaria and is our 7th home bred conformation Champion. We are very proud of her lovely conformation and her wonderful temperament.

Sida was also awarded Champion Challenge Bitch at the Melbourne Show under Mr Pedro Delerue gaining an 11-point award over 6 other femlaes. . Two Royal Challenge awards in one year is a nice achievement. 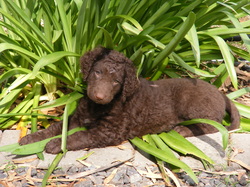 Sida at 6-weeks
Sida was born on March 5th 2011. She and her 9 siblings have been reared in the pristine Adelaide Hills district near Macclesfield. She swims daily in the dam and plays with her  Markable family which is helping her develop into a fit and healthy pup. Sida is a happy outgoing girl with a lovely dark liver coat. She is sociable with everyone she meets; a trait that is strong in all the dogs at Markable.

Sida gained her Rally Novice Obedience title with 3 passes out of 3 trials over one weekend.  Sida will have time off this Retrieving season to raise her pups and will compete in Retrieving  in 2015.  Sida is showing great promise with a strong retrieving drive and a spectacular jumping water entry.

She has attended conformation shows since the end of the Retrieving season gaining 4  Baby Puppy of Breed awards,and many minor of breed classes.Sida began showing with the grown-ups  in late September 2011, and is now winning championship points. Sida gained Champoinship title at 2 years and  7 months. She did have time off to have her first litter in between this.
At 8-months Sida was elevated into the puppy age class and attained a 9-point Best of Breed and  Best Puppy in Group 3 under Judge Miss S Sewell (WA) at the Adelaide Plains Kennel & Obedience Club Show. Sida was also awarded a puppy in group and bitch challenge by Mr G. Kerr (Qld) at the Naracoorte KC Show on February 26th. 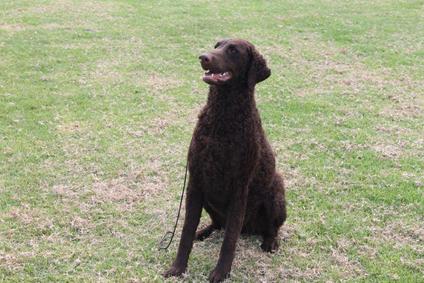 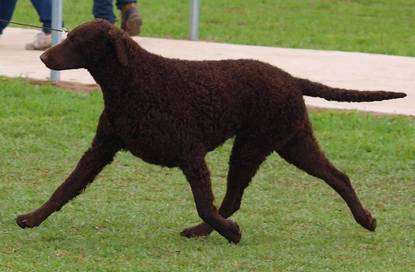