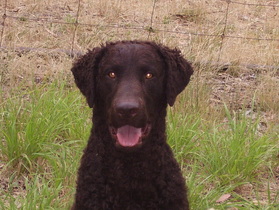 Mallee is an All Breeds Puppy in Show winner under Judge Mr J Juslin, Finland gaining Puppy in Group under Mr T Chin Fa, Taiwan.  With good looks and a great temperament this promising young dog attained his Championship Title at 15 months with many Best of Breeds over mature competition. Mallee also has won Junior and Intermediate classes in Group.

Mallee's hip score is a 4 his elbows are 0, and his eyes are PRA clear. Mallee goes to Obedience Classes whenever we're not showing or Retrieving and has graduated quickly through the grades, attaining his basic obedience at 11 months, having graduated from each grade every month.

Mallee is a very easy dog to live with, he has a steady temperament, with a wicked clownish streak when encouraged. At play he  loves to locate crickets after rain (with a funny sideway head tilt to hear them better) and snorkel for yabbies in the dam. Mallee has proved to be a successful sire having 10 black and liver puppies in March 2011 with Saria. He is a loving tolerant father to his daughter Sida playing tug-of-war and chase with her and snuggling together when Sida is sleepy..

Mallee has already begun his basic Retrieving Training and he will compete in Novice in the 2012 Retrieving season if he continues to show promise.
Mallee attended his first ObedienceTrial in November 2011 in the CCD class. Sadly we didn't get a pass, as he sat too slowly after his recall so no-qualification. We are entered in two trials in March 2012 before the start of the busy Retrieving season. 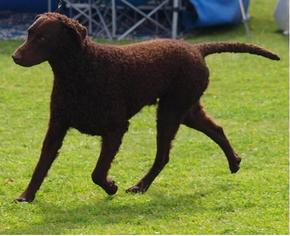